The National Society for the Prevention of Blindness-India was formed on the basis of resolution of the National Association for the Blind in 1959. Late Dr.Mohan Lal who is still remembered as an eminent social worker and eye specialist was entrusted with the task of forming the Society and he along with his colleagues framed its first Constitution of the Society. The Society was registered on 24th August, 1960 under the Societies Registration Act, 1860. Rajkumari Amrit Kaur, the then Health Minister, Government of India was elected as its first President. Prime Minister Jawaharlal Nehru was its Chief Patron in 1962. 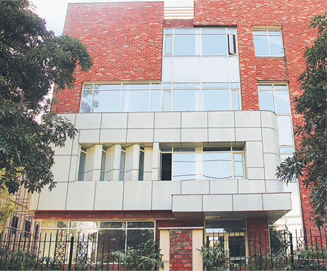 The Society immediately went into action and started negotiating with the Govt.of India, All India Institute of Medical Sciences and the USAID authorities for launching a collaborative research project with the allocation of PL 480 funds. In 1965 Smt. Sushila Nayar the then Union Health Minister became its President and Prof. L.P.Agarwal took over as the Honorary Secretary.

NSPB-I has since then been the only voluntary organization working for the cause of prevention of blindness at the national level and also in various parts of the country through its State and District branches and two eye hospitals at Moti Nagar, New Delhi and {Raison, Kullu (H.P)

The aims and objectives of the Society are to: